We originally stopped at Fort Hancock on our 2016 Road Trip due to finding out it was an old military post that was originally called Camp Rice. Camp Rice was established in 1881, however, after the death of Union Major General Winfield Scott Hancock in 1886, the post changed its name to honor him.

The Fort was closed in 1895 due to the numerous floods from the Rio Grande River and countless fires.

The remains of the old fort are located in a cotton field about 1.5 miles west of the town of Fort Hancock.

I was hoping to see ruins of an old Fort, however, the only thing left standing is the old Camp Rice marker. Which, isn’t actually standing but has been encased in cement, which I assume was done to preserve it.

The actual town of Fort Hancock which sprang up in 1886 sits just East of the old Fort. Fort Hancock has a population of around 1,700 which may seem hard to believe. It sits on the Texas-Mexico border about 55 miles east of El Paso. It appears that many of the buildings have been abandoned. However, we did not go through what appears to be the main street of town. 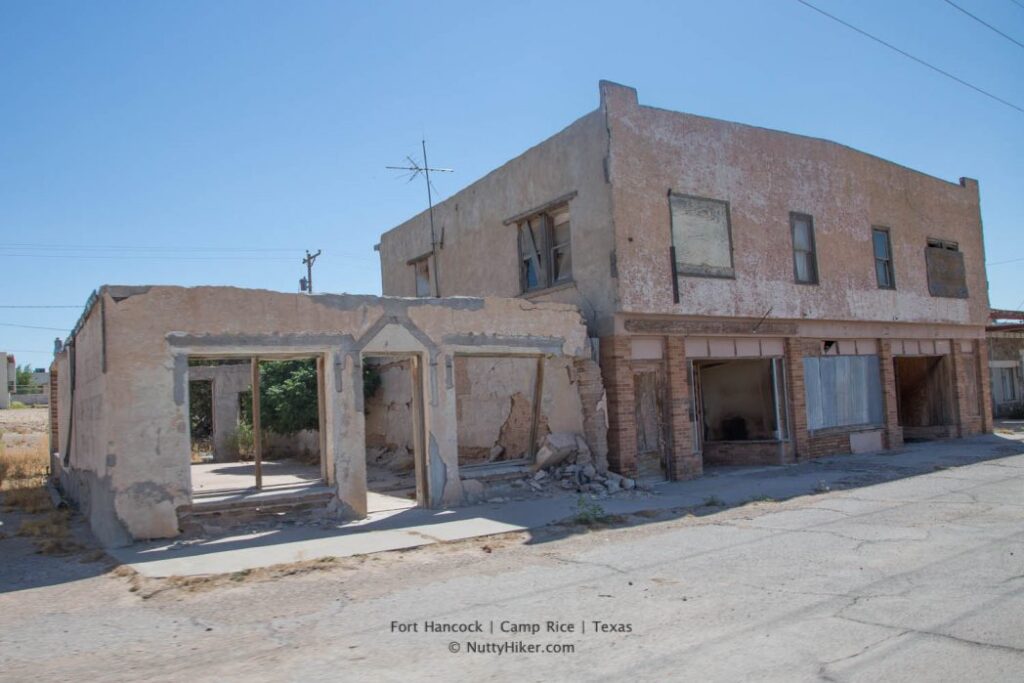 After a search on google, I pulled up several video’s where Fort Hancock has made the news due to the almost non-existent security of the border which has allowed cartel and other illegals to literally just walk across the border. This may be the reason for so many abandoned buildings.

It was one of the few forts in Texas to be purchased by the U.S. War Department.

The town was mentioned as a border crossing point at the end of the movie “The Shawshank Redemption.”

Texas State Highway 20, and the Southern Pacific Railroad, both run through the town.

It was originally a subpost to Fort Davis.