One of the few pre-1940 suspension bridges in Texas. The Beveridge Bridge is a 140′ long wood deck supported by three-pole pylons, iron pipes, rods, and castings single lane, parallel wire suspension bridge that spans the San Saba River just north of the city San Saba. It was closed to vehicular traffic in 2004 when a new concrete bridge was built beside it.

The original Beveridge Bridge was built by Texas bridge builder Flinn-Moyer of Weatherford, Texas in 1896 but was heavily damaged by floods of 1938, so most of the bridge was reconstructed in 1938 by Austin Bridge Company of Dallas.

While the bridge has been rebuilt three times, many of the features are original such as the towers which are the most significant part of the bridge that is original. Other isolated parts of the bridge are also old or original, such as turnbuckles and other elements of the suspenders. 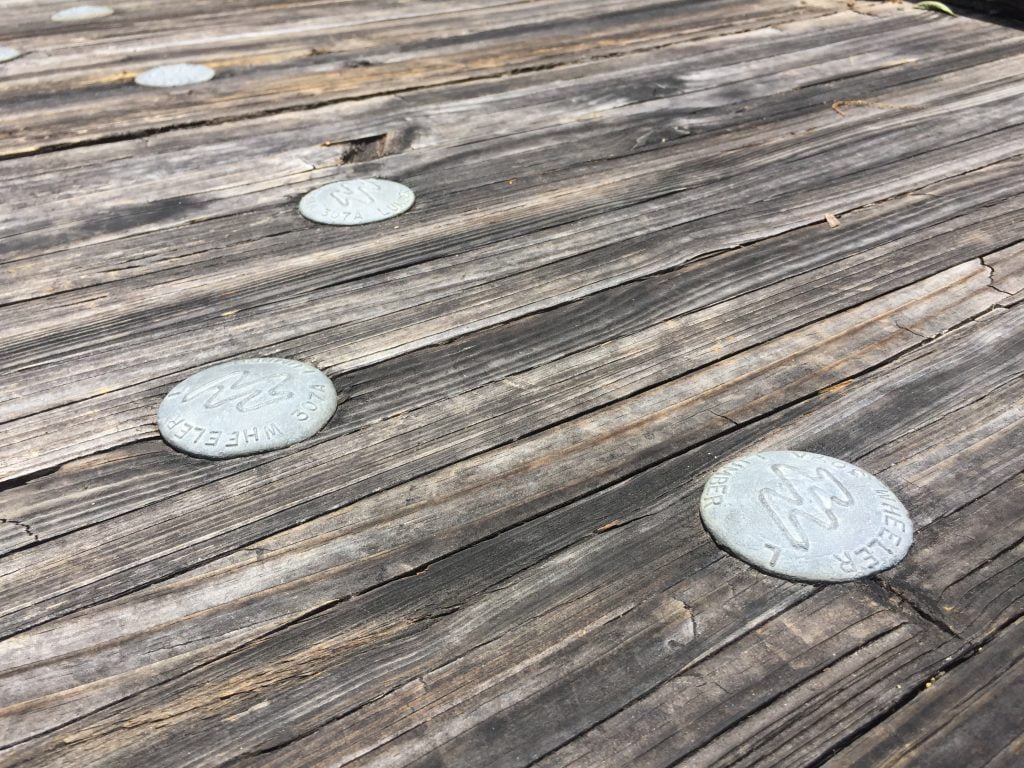 The Beveridge Bridge is named after John H. Beveridge who established the first crossing of the San Saba River at this location for the transportation of local crops.

“In the Late 19th century, San Saba lacked direct access to developing railroad lines needed to reach expanding markets. The Beveridge Bridge, a single lane suspension bridge, was constructed in 1896 to fill this need. The Bridge was named for Irish immigrant John H. Beveridge, a former British merchant captain who settled in San Saba in 1849. He originally spanned the river with a dam known as the “Beveridge Crossing.” By the 1890s locals petitioned county commissioners for a more reliable crossing.

The Flinn-Moyer company of Weatherford, Texas, built the Beveridge Bridge at a cost of $2275. County commissioners appointed John H. Beveridge to personally oversee the construction of the bridge that would replace his dam. Completed on June 24, 1896, the bridge was 190 feet long with a 140 foot suspended span. It extends approximately 300 feet between anchorages.

The Beveridge Bridge withstood floods in 1899, 1892 and 1938. After the 1938 flood, county commissioners requested bids for its reconstruction. The Austin Bridge company of Dallas was hired to carry out the work. In 1938 Bridge was reconstructed as an unstiffened bridge with new parallel wire main cables spun in-situ on the original 1896 pipe truss towers using No. 9 gauge galvanized steel wire.

The Beveridge Bridge is located on China Creek Road (CR-200) not far from the San Saba Wedding Oak.

Destination will be on the right 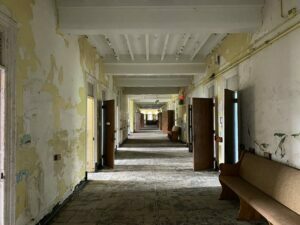 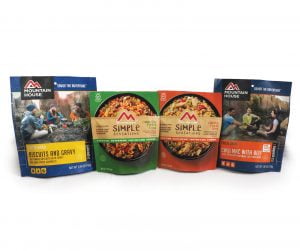 This week I am reviewing the Orange Mud Transition Wrap. I won't lie....the main reason I love this is the fact that it converts to a seat cover and saves my leather seats in the truck from me and my friend's sweaty stinky butts! 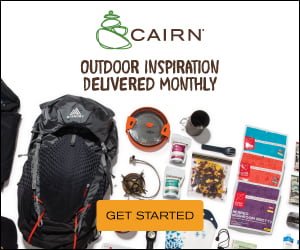